Below you will find information about our current graduate students. 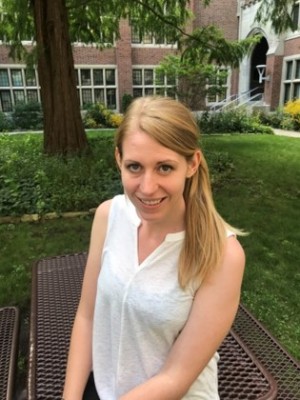 Kelly is a third-year student working with Dr. Geers. She received her M.A. in Counseling from Oakland University and her B.S. in Education from Central Michigan University. Kelly’s primary research focuses on how thoughts, feelings, and behaviors can alter treatment perceptions and decision-making. She is particularly interested in the placebo and nocebo effects, and how these effects can be harnessed to improve healthcare experiences and outcomes. Her work is influenced by complementary and alternative medicine, which owes much of its success to the placebo effect. She aims to empower patients to make informed decisions about their treatments while taking advantage of the integration of psychological and physiological processes. When she is not in the lab, Kelly can be found going for runs, reading books in her hammock, or exploring Toledo’s many parks with her dog, Leela.

Keith is a fourth-year doctoral student in Dr. Rose’s lab. He earned a B.A. and M.A. in psychology at California State University, Fresno. Broadly speaking, Keith is interested in the social and cognitive processes that impact health decisions, especially in vulnerable populations. He is also interested in risk perception and risky decision-making related to health (e.g., substance use, HIV/AIDS). Besides work, Keith likes spending time hiking, traveling, cooking, listening to music, and hanging out with his fish Bubbs.

Lizz is a third-year doctoral student working with Dr. Rose. She earned her B.S. in Psychology and B.A. in Communication Studies at Bridgewater State University. Lizz is interested in how comparative processes, both in person and online, impact well-being, self-evaluations, and future behaviors. Other than research, Lizz enjoys hanging out with her cats Pye and Henry, collecting salt and pepper shakers, and rereading the A Song of Ice and Fire series.

Noelle is a second-year doctoral student in Dr. Jason Rose’s lab. She earned her B.S. in Applied Psychology with a minor in Business, Entrepreneurship at University of Michigan-Flint. Broadly, Noelle is primarily interested in examining polarizing topics from a social psychological lens. She is interested in the social comparison approach as well as norm perception/influence with online activity. Other than research, Noelle enjoys outdoor activities (hiking, fishing, camping, snowmobiling, skiing) and arts/crafts (painting, wood burning). 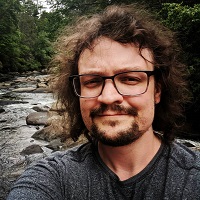 Sam Oswald is a second-year doctoral student in Dr. Rose’s lab. He is from Midland, Michigan and attended Saginaw Valley State University prior to enrolling at the University of Toledo. Sam’s research interests include social comparison theory, terror management theory, social media, and video games. Some of his hobbies include reading fantasy or sci-fi novels, playing video games, baking, brewing, photography, and playing with his adorable cat.